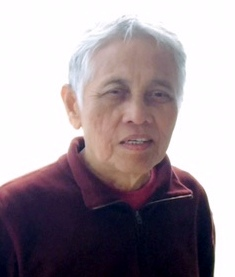 Benjamin Requintina, 72, passed away peacefully after his battle with cancer on Sunday, October 9, 2016 at New York Presbyterian/ Weill Cornell Hospital in New York City, NY.  He was born on September 10, 1944 in Oas, Albay, Philippines.  In 1978, he married Lourdes Pabello and migrated to the United States.  They resided in Jersey City, NJ for over 25 years.  He worked for the United States Postal Service and with his retirement in 2006, moved to South Amboy, NJ.  Benjamin lived life to the fullest through simple pleasures and spending time with his family, especially his grandchildren; he adored his morning walks at the park, country music, and was an avid fan of crossword and Sudoku puzzles.  Benjamin and Lourdes enjoyed traveling together and trips to Atlantic City.  Benjamin is survived by his wife, Lourdes; daughters, Cristina (Martinez) and Diana (Hortillas); son-in-law Jason (Hortillas); and grandchildren, Christian (Martinez), Dillan (Hortillas), and latest addition, Shea (Hortillas).  Family, friends, and others whose lives Benjamin touched are invited to Guardian Trade Service, LLC. (Whiteley Funeral Home), 241 Bordentown avenue, South Amboy, NJ, on Wednesday October 12th, 2016.  Viewing times are from 2-4 PM and 7-9 PM.  Funeral Services will be held on Saturday, October 15th, 2016 at Saint Gertrude Cemetery, 53 Inman Avenue, Colonia, NJ at 10:45 AM, with a reception to follow. The family of Benjamin Requintina would like to extend their gratitude to the staff at New York Presbyterian Hospital for their attentiveness and loving care. Funeral Arrangements are under the direction of Guardian Trade Service, LLC. 241 Bordentown Avenue, South Amboy, NJ 08879

To order memorial trees or send flowers to the family in memory of Benjamin Requintina, please visit our flower store.