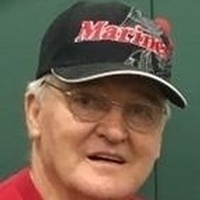 Charles served in the military as a Lance Corporal in the 2nd Marine Division 5th Marines from 1958-1964; he was a member of the American Legion Gardner-Warner Post# 154 of Elk Lake. He retired from PSE&G from Maplewood, NJ.  He was an avid gun collector and loved animals.  He was a proud Grandpa and loved his family.  He would do anything for anyone, even in death as an organ donor.

A Memorial Service in honor of Charles will be held on Sunday, June 17th from 1-3 PM at Raritan Bay Funeral Service, 241 Bordentown Avenue, South Amboy, NJ. A prayer service will be held by St. Andrew’s Church, Avenel, NJ at 2 PM at the funeral home. Cremation is Private.

In lieu of flowers, memorial contributions can be made in his name to True Friends Animal Welfare Center, 16332 SR 706, Montrose, PA  18801.

To order memorial trees or send flowers to the family in memory of Charles Damm, please visit our flower store.
Send a Sympathy Card