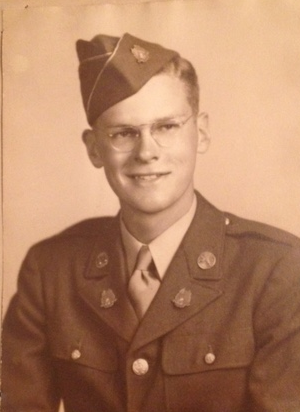 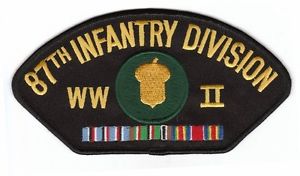 Charles Richard (Dick) Nelson, 91, of Middletown NJ died at home on February 14th, 2017.  He was born in Brocton, N.Y. on September 21, 1925.  He grew up in Brookville, PA where he graduated from Brookville High School after which he enlisted into the Army.  Dick proudly served in General Patton’s 3rd Army in the 87th Division, seeing action in the Battle of the Bulge.

After the war, he attended and graduated from Penn State and came to NJ where he met and married his wife Joyce (Allmann).  He and Joyce moved to Middletown in 1956, and raised their three children there.

His membership in the Disabled American Veterans (DAV), the American Legion, and Veterans of the Battle of the Bulge (VBOB) organizations served to connect him to fellow veterans over the years.

His career as an Industrial Engineer led him to RCA in Harrison, NJ, New Brunswick Scientific and General Cable in New Brunswick, NJ until he retired in 1992.

Dick was a member of the First Baptist Church of Red Bank (for over 50 years) where he served as a Trustee.  He was actively involved in his sons’ Boy Scout Troops and Aviation Explorer Post 19. In the Township, he served on Election Day at River Plaza School and for 20 years as Chairman of the Shade Tree Committee.

A memorial service will be held at the First Baptist Church of Red Bank 84 Maple Avenue, Red Bank, NJ 07701 on Sunday February 19 at 12:30pm.  In lieu of flowers, please consider a contribution in Dick’s name to the First Baptist Church of Red Bank.  Inurnment will be private at General Doyle Veteran Cemetery. Funeral Services are under the direction of Guardian Trade Service, LLC, 241 Bordentown Avenue, South Amboy, NJ.  Cremation is Private.

Charitable donations may be made to:

To order memorial trees or send flowers to the family in memory of Charles Nelson, please visit our flower store.