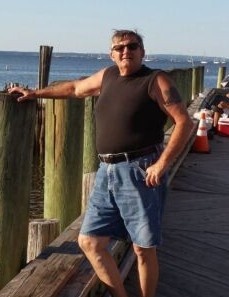 
Dennis Pesta of South Amboy, NJ, passed away peacefully at home with his dear wife at his side. He was 70. Dennis grew up on Newell St, in Greenpoint Brooklyn and moved out to Sayreville, NJ with wife JoAnn in August of 1993 where they enjoyed their lives together. He was a former employee of John Gaffney Moving Company in Brooklyn NY.  Dennis was a member of Local 707 for many years, and before retiring he was a Walmart employee. He loved trips to Atlantic City, fishing by the pier, oldies music, bowling, and his most beloved companions, all of his dogs, especially Rocky who was by his side to the end. He will be most remembered for his meticulous care of his cars and his home where he was brought to hospice and passed away peacefully.


Relatives and friends are invited to a memorial service to honor the life of Dennis on Saturday, November 28th from 1:00 PM to 3:00 PM at Raritan Bay Funeral Service, 241 Bordentown Avenue, South Amboy, NJ 08879. In lieu of flowers, please make contributions to, “Sammy’s Hope: Animal Welfare and Adoption Center”, A link for donations may be found below. For directions to the funeral home please see below the obituary.

To order memorial trees or send flowers to the family in memory of Dennis Pesta, please visit our flower store.