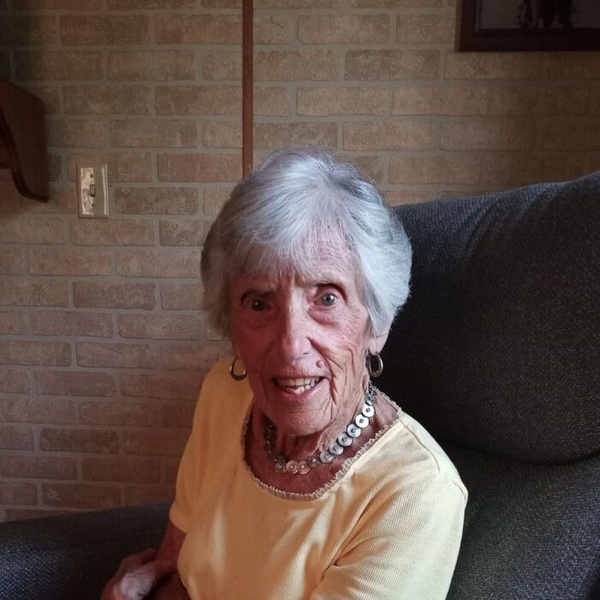 Evangeline Margaret (Peggy) Holt went home to be with the Lord on December 11, 2020 at Robert Wood Hospital in New Brunswick.

She married her high school sweetheart, Arvid, on January 15th 1955 at the Tottenville Evangelical Free Church.

Once married they moved to the Morgan section of Sayreville in 1956 where they established a home for their 4 children.

Peggy worked part-time while raising her children as a swim teacher at the Perth Amboy and Parlin YMCA.  She later worked for Bankers Savings in Perth Amboy as a Records Clerk for several years before retiring in 1995.

She enjoyed raising her family, loved seeing her grandchildren and great-grandchildren.  She was an avid walker and walked several miles a day and participated in many of the annual Spring Lake Five runs.  She also enjoyed gardening, aerobics classes, the beach, keeping the home they made together like a "doll house", traveling domestically and abroad.  She was proud of her Irish heritage as well.

She was an active member of the First Presbyterian Church of South Amboy.  She was also involved in a women's monthly bible study group from a previous church she had attended for over 60 years.

To order memorial trees or send flowers to the family in memory of Evangeline "Peggy" Holt, please visit our flower store.
Send a Sympathy Card