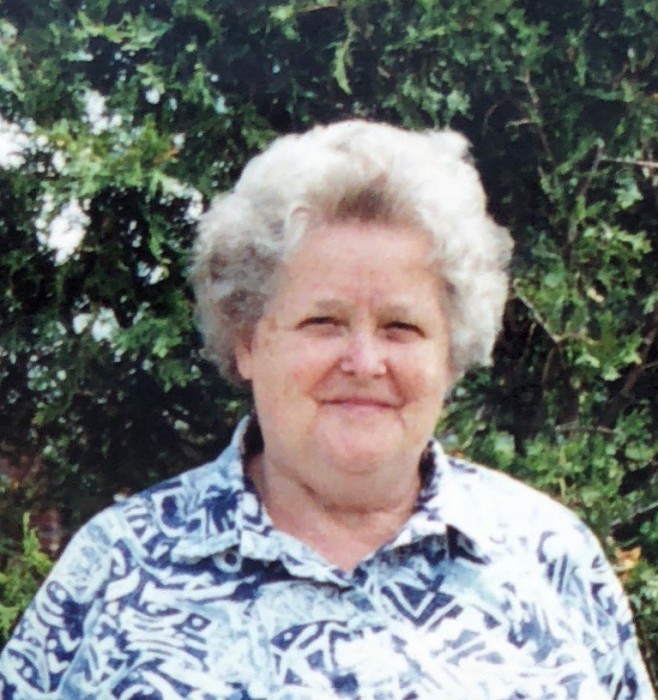 Evelyn (South) Markulic, 90, of Sayreville, NJ passed away on Saturday April 18, 2020 at the Raritan Bay Medical Center in Old Bridge. Evelyn was born in South Amboy, NJ in 1929 to the late Edward and Evelyn South of South Amboy. She was a graduate of the St. Mary’s High School Class of 1947. She moved to Sayreville in 1951 when she married her loving husband Walter “Markie” Markulic. She worked a number of years at Sunshine Biscuit in Sayreville, NJ and as a keypunch operator at Bristol Myers Squibb in East Brunswick, NJ until her retirement in 1992.


She is predeceased by her husband, Walter, and siblings Doris Michalski, Edward South and Carolyn Malinowski. Evelyn is survived by her sister Patricia Lewandowski of Gainesville, FL, her sons Robert Markulic (wife Eileen) of White Township, NJ; James Markulic (wife Susan Adams) of Highland Park, NJ and daughter Mary Markulic of Spotswood, NJ. She has 7 grandchildren: Daniel Markulic (fiancé Dr. Riva Das); Kathleen Markulic Earle (husband Evan Earle); Christopher Markulic (wife Samantha); Cassandra Markulic (husband Jared Laszlo); Alexandra Markulic; Dalton Pignataro (sweetheart Iantha Alicea) and Dakota Pignataro (sweetheart Deanna McLaren). She also has 4 great grandchildren who thankfully got to meet and know her and her love for them before she passed, Liam and Brynne Earle, Sophia Pignataro and Kai Alicea. In addition, Evelyn leaves behind her in-laws Edward Michalski, Joyce South, Cass Gilbert, and Kay Morgan as well as a number of nieces, nephews and cousins on both the South and Markulic sides of the family. She was affectionately known to many as Aunt Sis.

​
Her passion in life was always taking care of others and putting their needs before hers especially those of her grandchildren. She gave her undying love to them and her great grandchildren passionately. She was always there to support a friend or family member in need, putting them before her own needs. Even when she had little or nothing, she would sacrifice for them. She will be greatly missed but will live on in the hearts of her family forever.


In lieu of flowers, donations are requested to be made to Sayreville Emergency Squad
in memory of Walter and Evelyn Markulic or to the charity of your choice.


Due to the present guidelines for the (COVID-19) outbreak, a Celebration of Life will be
announced at a later date. Private arrangements are entrusted to the Raritan Bay
Funeral Home, South Amboy, N.J.

To order memorial trees or send flowers to the family in memory of Evelyn Markulic, please visit our flower store.
Send a Sympathy Card