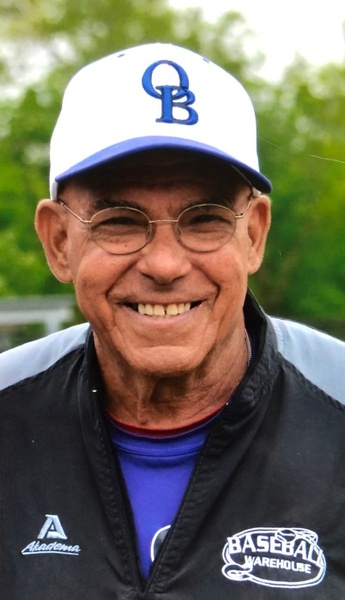 Fred was born in Brooklyn in 1946 and raised in the New Jersey towns of Linden and Roselle. His parents Archer Cole, a major New Jersey labor leader and organizer, and Jeanette Cole Malinow raised four sons in a progressive secular Jewish household. Fred’s brothers will tell you that he was the best brother there was. Fred’s experiences at home and in diverse multi-racial neighborhoods, especially playing baseball and basketball, taught him the values of teamwork, equality, and fair play, which informed all of his later life. His sense of joy and fun in the rich diversity of the world, his curiosity about and love of people, and his commitment to a loving community led him to explore and travel, making devoted friends around the world, and to pursue two rich careers: a fifty-year career coaching high school baseball and teaching elementary physical education, and a shorter but intense career as an artist.

Fred graduated from Abraham Clark High School in Roselle in 1964 and from the University of Bridgeport in 1969. Fred taught physical education in Old Bridge, NJ for 40 years, retiring from M. Scott Carpenter Elementary School in 2008. He coached baseball at Madison Central, Old Bridge, and Metuchen high schools, serving as head coach at Madison Central and Old Bridge for 30 years with a career record of 270-210. Fred trained 11 players who went on to play baseball professionally, and many others who had successful collegiate, all-state, and all-county careers. Fred also served as a supervisor for physical education student teachers through Kean University for 10 years.

Generations of young people in Old Bridge were taught by Fred to become better athletes and better people, with some lucky ones profiting from his mentorship and wisdom from elementary school through high school. Although he was not a pitcher when he played, Fred became an extraordinary pitching coach, coaching for years at the Baseball Warehouse, briefly teaching a course on coaching at Kean University, and writing extensive manuals on pitching techniques and conditioning over the years. He changed many lives and inspired a lifelong, intense devotion from his players. Fred has been honored with induction into the New Jersey Baseball Coaches Association Hall of Fame, New Jersey State Coaches Association Hall of Fame, Union County Baseball Coaches Hall of Fame and many other awards. This spring, Old Bridge paid tribute to Fred’s legacy by naming the Old Bridge High School baseball field the Fred Cole Field. Though baseball was a consuming passion for him as a player, extraordinary coach, and avid Brooklyn Dodgers fan, he loved all sports—basketball, tennis, and horseback riding were his other favorites. He refereed high school basketball throughout New Jersey for years and was a lifelong New York Knicks fan. Fred’s athleticism also translated into being a wonderful dancer, leaving memories of his grace on the dance floor in the minds of many.

In the early 2000’s, well into his mid-fifties, Fred began sculpting and assembling art from objects he picked up on the street, in junk yards and garage sales. As an avid art collector throughout his life, the move to creating his own sculptures and amassing materials to repurpose into art came naturally. In total, Fred created over 200 art works, many of which have been shown in regional and local art venues such as the Morris Museum, the Monmouth Museum, the Hamilton Street Gallery and many others. As an artist, he made works that teach us to see and think differently by transforming objects, even discarded ones, into something playful, beautiful, mysterious and rich with new meaning. Fred’s life and art both embrace the variety of this world with love and connection.

Fred’s life was multi-faceted and full of passions: people and connecting with people were his fiercest devotion—his family, friends, students, players and indeed virtually anyone he encountered for even a brief time were treated with his full attention and curiosity and respect for their unique value. Fred could talk to anyone, even those he differed from, and he always found a connection, a quality that helped in his lifelong work for progressive causes and Democratic politics. He loved to get people together, was a great party planner, and the life of the party every time. He also loved the English language, reveling in puns and jokes, especially—to the groans of those around him—Rodney Dangerfield jokes. He relished wines, food—especially seafood—movies, books and music, and loved talking about all of these passions. He adored his family, and most cherished his roles as Ellen’s husband and Shanna’s father.

Fred lived a huge life, but also a humble one. He always strived to be a better person, to give credit to others, to see the other point of view, to appreciate whatever was around him, even while the force of his creativity, energy, and vibrant personality gave the world new shapes and meanings. He faced his long illness with extraordinary grace and courage, persevering in his passions until the end—making art, connecting with his players and friends, eating oysters and clams by the dozens, and loving those around him. Fred is mourned by so many: Ellen and Shanna foremost, his brothers Hank Cole of Croom, MD, and Steve Cole of Chicago, IL, his three sisters-in-law, six nieces and nephews, and countless friends who will miss him every day. Fred was predeceased by his parents and his younger brother Ted Cole of Maplewood, NJ.

In lieu of flowers: If you would like to make a donation in Fred's honor, please consider one of the following options:

To order memorial trees or send flowers to the family in memory of Frederick Cole, please visit our flower store.
Send a Sympathy Card