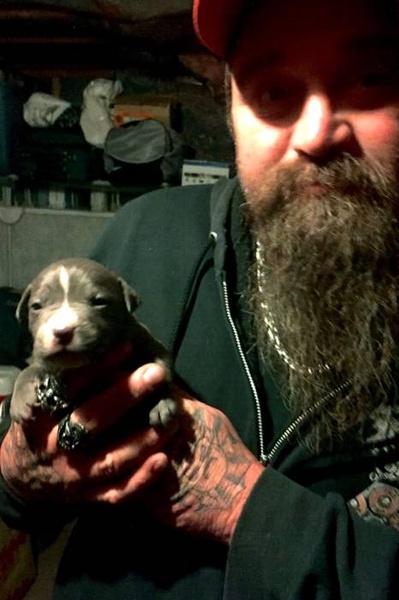 
Frederick (Freddy) K. Whatton Jr., 50 of Manchester Township, NJ, formally of Jackson, NJ was tragically taken Wednesday, May 01, 2019 due to a fatal truck accident. Freddy was born on July 24, 1968  in South Amboy, NJ, to Frederick Sr. and Linda Whatton. Freddy married his wife Colleen and raised three loving sons together, Ryan, Travis and Dylan. He pursued a profession as a truck driver for 21 years. He had a passion for his Harley Davidson Street Glide, taking trips to Atlantic City and exploring the Pine Barrens. Freddy cherished spending time with his family and two dogs.


Freddy was described as a kind hearted person who would do anything for you and truly loved  life and making people laugh.


Freddy is pre-deceased by his parents Frederick Whatton Sr., Linda Whatton and his mother in law Kathleen Kavanagh. He is survived by his dear wife Colleen and three children, Ryan, Travis and Dylan; sister, Tracy Pitre and her husband Robert Pitre, and their daughter Victoria of Manchester, NJ; brother, Eric Whatton and his wife Heather Whatton and their children Tyler and Brennan of Manahawkin, NJ;  sister in-law, Erin Kelusak and her husband Steven Kelusak and their children Keigen, Brianna and son in law Jeffrey; sister in-law, Kelly Ann Bacho and her son Anthony; his father in law Bernard Kavanagh and grandparents Bob Therien and Irma Therien


Funeral Arrangements are under the direction of Raritan Bay Funeral Service, 241 Bordentown Avenue, South Amboy, NJ 08879. A memorial gathering in remembrance of Freddy’s life will be held Sunday, May 05, 2019 at 1pm at the Lakewood Elks Lodge, 711 West Kennedy Blvd, Lakewood, NJ 08701. For printable directions please see the “Service Details” tab at the top of the page.  In honor of Freddy’s life the family has asked in lieu of flowers, contributions can be made to his wife and children please contact Brianna Marchlewski at   (609) 543-4991 for further information. Cremation is private. For more information or to send condolences to the family, please visit  www.raritanbayfunerals.com.

To order memorial trees or send flowers to the family in memory of Frederick Whatton, Jr., please visit our flower store.