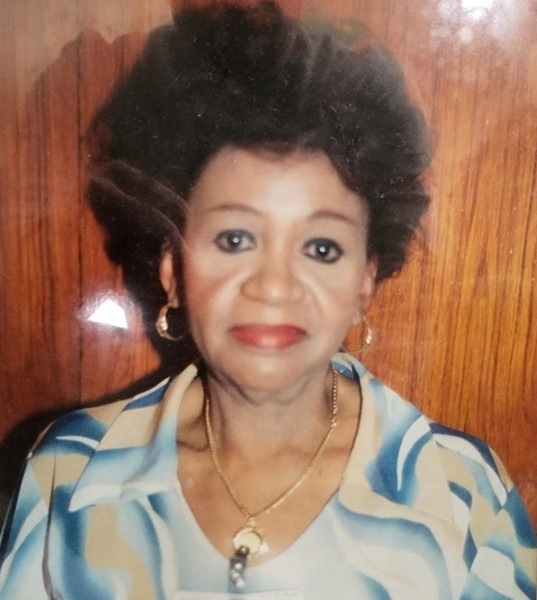 Gisselene Thompson was born in Port-au-Prince, Haiti on October 12, 1940. She was the youngest of three daughters who included Solanges Thompson and Yolande Emmanuel whom predeceased her. Her parents were Lirianne Morisseau and Clarence Thompson.  Clarence was born in Jamaica and immigrated to Haiti.  Gisselene’s parents owned a bakery and along with her sisters, they worked for the family business. This strong sense of family and hard work ethic led to her continued education and success. After graduating high school she went to the University of the Caribbean in Jamaica where she obtained her degree in nursing.

She decided to come to the United States to use her nursing degree to help others. Arriving in the United States in 1963 she worked at a variety of hospitals finally settling down at French Hospital in New York City until they closed down in the mid 70’s. Gisselene then moved onto the Jewish Home and Hospital Nursing Home in the middle of uptown Manhattan where she worked then for approximately 40 years.

Gisselene enjoyed traveling with her sister, Solange, and taking in sights around the world. She took many cruises while traveling as she did not like air travel. The highlight of one such vacation was a month-long trip to Europe with her sister Solange where she refused to fly and took a cruise ship across the Atlantic and back, visiting several countries in Europe.

Gisselene Thompson is survived by her son Richard Pierre, his wife, Erin Mulligan-Pierre, her grandchildren Genevieve and Christian, her niece Sandra Joseph, and 2 nieces and a nephew.

Gisselene Thompson suffered from dementia and Alzheimer’s and she passed away peacefully at Raritan Bay Medical Center in Perth Amboy on Monday, May 9, 2022.

Burial for Gisselene will be held privately at the Flower Hill Cemetery in North Bergen, NJ.

In lieu of flowers, please make contributions to,  Alzheimer's, New Jersey. A link will be provided below the obituary to make a donation.

Arrangements are under the direction and care of Raritan Bay Funeral Service.

To order memorial trees or send flowers to the family in memory of Gisselene Thompson, please visit our flower store.