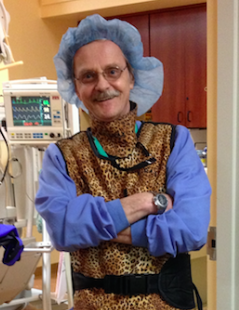 Jeremy L. Golinski, 60, of Barnegat, New Jersey, passed away peacefully the morning of November 4th, 2016, surrounded by his family at Jersey Shore University Medical Center, Neptune, New Jersey. He is survived by his wife Barbara, their two daughters Victoria and Morgan, his son Paweł and grandson Borys, his brother Witold, and his sister Mariola. Born February 15, 1956, Jeremy immigrated from Poland in 1981 and worked hard to establish himself in America. He had earned an associates degree in Nursing in 1996 at Ocean County College, a bachelor’s degree in nursing in 2001 at the University of Delaware, and his masters in nursing in 2005 at Drexel University. He was certified as a Certified Registered Nurse Anesthetist in 2005 following graduation, and then continued to passionately work as a CRNA for the rest of his life. After a life of hard work, as well as many years fighting for his health, his family and friends are at peace knowing that he has finally joined his brother Maciej, and mother Kazimiera, on the other side to finally rest. Thank you to all that have provided us with kind words and keeping our family in mind during this difficult time. Funeral Services are under the direction of Guardian Trade Service, LLC. Cremation is Private

To order memorial trees or send flowers to the family in memory of Jeremy Golinski, please visit our flower store.