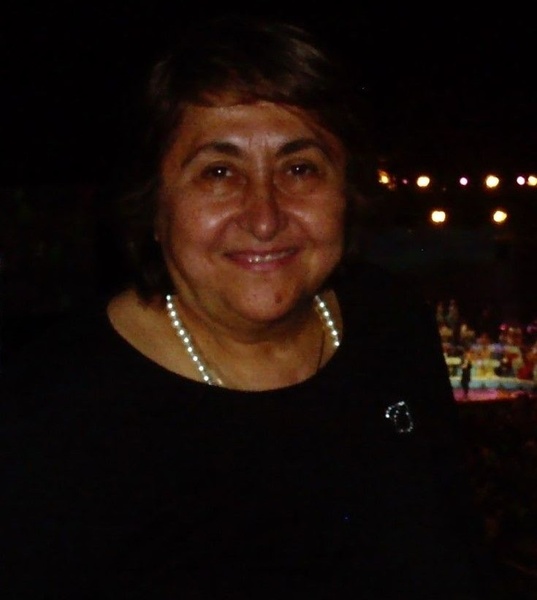 Maria “Mimi” Crişan was a loving wife, mother, grandmother, sister, and best friend. She left this world after a period of declining health on March 14, 2022, just shy of her 79th birthday. Mimi was born to Constantin and Ecaterina Neagu on October 13, 1943 in Mânàstirea, a small Romanian village. At the age of 14, she was accepted to Iulia Haşdeu High School in Bucharest. She graduated with honors and continued her education at Bucharest University. An accomplished student, Mimi graduated with a master’s degree in Mathematics and Physics. At a dance party she met another student at the University, Ioan Crişan, who would become her future husband. In her own words, “I saw him and he was so handsome, tall, blond with blue eyes, while I was a shy petite brunette, and thought about how great it would be if he would invite me to dance.” He did and they danced the night away to what would become their favorite song, “Diana” by Paul Anka. A few years later their daughter Diana was born. Mimi loved to teach mathematics and although she was a tough teacher, her students adored her. For years former students would show up at her door on her birthday with flowers singing “Happy Birthday Mrs. Crişan!” After her retirement in 2005, Mimi and her husband immigrated to the United States to reunite and live with their only daughter and her family. Her hobbies included reading and playing Sudoku. Above all else, she loved spending time with her family and watching her grandson Jonathan grow. Besides her husband, Ioan, Mimi is survived by her daughter Diana and her son‐in‐law, Lucian Micu, her beloved grandson Jonathan and her sister Alexandra Cringuş, from Brasov, Romania.

A private Romanian Orthodox funeral service is scheduled for 10 a.m. on Saturday, March 19, 2022 at the Raritan Bay Funeral Service in South Amboy, NJ. In lieu of flowers, please donate to any education related charity on her behalf.

To order memorial trees or send flowers to the family in memory of Maria Crisan, please visit our flower store.