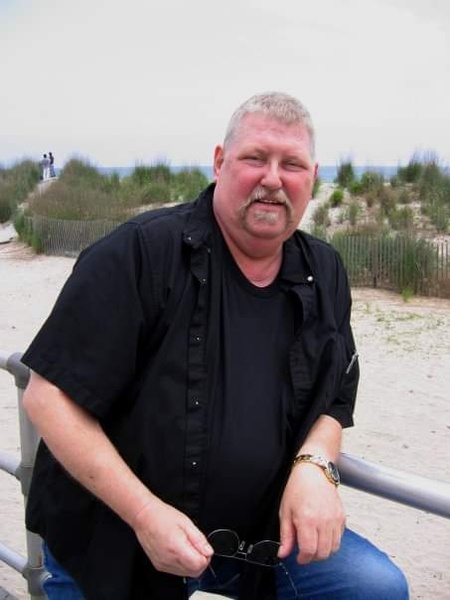 Paul Robert Mulligan of Browns Mills, NJ Formally of Old Bridge, NJ, passed away peacefully on Monday, October 19th, 2020, at the Our Lady of Lourdes Medical Center, Camden, NJ. Paul was born in Manhattan, NY in 1950 to Richard and Inez Mulligan. They moved to Sayreville, NJ in the late 1950’s before moving to Old Bridge, NJ and then settling down in Browns Mills, NJ in 2009. Paul served his country proudly from 1970 to 1974 during the Vietnam War in the United States Airforce. He was stationed in Montana which was one of his most favorite places to live, even if it was a short time.

After the service, Paul moved back to New Jersey. While working as a manager at the A&P he met his wife Donna whom he married in 1979 and was happily married for over 40 years. Paul then went to DeVry Institute where he graduated with a Service Technician Degree. He then went on to work for Garden State Office Systems and Equipment for over 35 years. Paul enjoyed camping, watching the New York Jets and working! He absolutely loved working. He often said he would work until the day he died.

Paul spent many summers on the hill at Frog Hollow grilling and spending time with family and friends. Paul bowled on numerous bowling leagues at Hill Lanes (Old Bridge), Midstate Lanes (East Brunswick) and Strathmore Lanes (Aberdeen), where he had many fond memories and made many friends throughout the years. Paul with an avid Star Trek and The Beatles fan. He also loved to watch documentaries and the History Channel. Many Christmas's were spent with Paul dressed up as Santa for the family. When Paul wasn’t working, he was spending time at home watching the Fox News Channel and supporting Trump for president. Most important of all he would spend as much time as he could with his grandson Damien who he loved dearly. They were best friends.

Relatives and friends are invited to Raritan Bay Funeral Service, 241 Bordentown Avenue, South Amboy, NJ 08879, Saturday, October 24th from 2:00 PM to 6:00 PM for a celebration of Paul's life. Cremation is private. In lieu of flowers the family has asked to please make contributions/donations to the Myasthenia Gravis Foundation of America (Link Below).

To order memorial trees or send flowers to the family in memory of Paul Mulligan, please visit our flower store.
Send a Sympathy Card