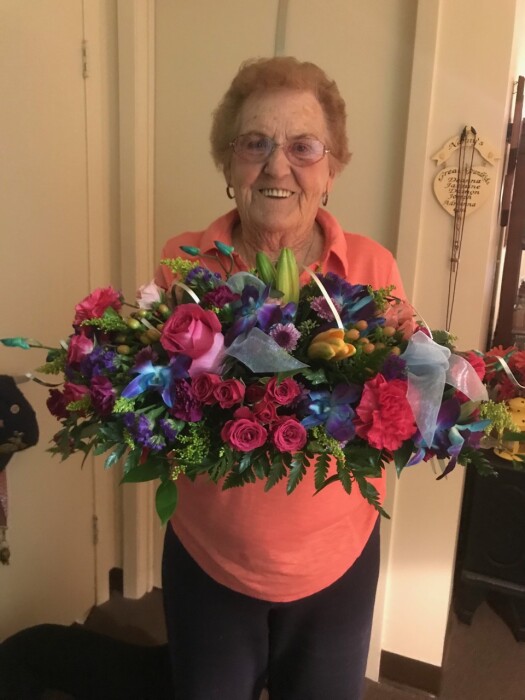 Shirley was born in Atlantic Highlands and moved to South River where she met her beloved husband, Frank D. Aceta. Shirley then moved to South Amboy with her family which she became a long term resident of the town. Shirley was mostly a stay at home wife where she cared for her loving family. She was also president of PTA at Hoffman during her earlier years and was an honorary member of the Independence fire department. Years later Shirley then joined the team with First Student where she worked as a bus aid for children with disabilities. Shirley loved cooking for her loving family, driving around South Amboy to see her friends and loved ones, and drinking her early morning tea.

Beloved wife to the late Frank D. Aceta. Loving mother to her surviving children, Daniel and Karen Aceta, Ruth and Robert Cocco, James Aceta, Carmella Aceta and the late, Raymond and Angelo Aceta. Loving grandmother to Daniel Jr and Danielle, Brad and Sharon, Kimberly, Jennifer, Danielle and the late, Joseph. Loving great grandmother to Deanna, Jasmine, Damon, Joseph, Giovanna, Adrianna, Judah. Many other loved ones called Shirley “nanny” and was loved by many.

To order memorial trees or send flowers to the family in memory of Shirley Aceta, please visit our flower store.
Send a Sympathy Card